Our delivery model starts with our Principal Consultant, Philip Harrington, and his team of associates and partners, most of whom have worked for or with Philip for many years or even decades.

Our model to offer our clients the best-for-project team tailored to out-perform expectations, deliver on time and offer outstanding value for money.

Our flexible approach brings together the expertise and skills you need under the professional guidance and experienced project management of Philip Harrington.

Philip Harrington is an economist with over 30 years experience in the development, analysis, administration and evaluation of public policy, strategies and programs.

His experience includes working at the highest levels in international organisations, governments and the private sector.

He played a key role in developing and was the Senior Executive Manager of the Australian Greenhouse Office, the Australian Government’s first dedicated climate change mitigation organisation.  He was Division Head, Energy Efficiency Policy Analysis, at the International Energy Agency in Paris.  He worked for energy business, Aurora Energy, as Executive Manager, Strategy & Regulation; and as Deputy Secretary for Infrastructure, Energy & Resources in state administration.

Prior to establishing Strategy. Policy. Research., Philip led the Carbon & Energy Team for consulting engineers, pitt&sherry.  Over the last decade, he and his colleagues have delivered more than 500 projects for clients including:

Dr Saddler has spent almost all of his professional life working on issues related to the energy and environmental policy, starting at the time of the oil shocks of the 1970s.

Until recently he has been a part-time employee of the infrastructure consultancy business pitt&sherry, with the position of Principal Consultant – Energy Strategies.  Prior to joining pitt&sherry, he spent the first decade of his career in academic research posts at the University of Sydney and the Australian National University, following which he was a principal of successive small consultancy businesses for over 20 years.   He is currently an Honorary Associate Professor at the Crawford School of Public Policy at the Australian National University and an associate of the Energy Change Institute at the University.

His work over the past two decades has focused on a range of issues relating to energy and climate change policy, and the interactions between them.  This has included methodologies for emissions estimation and reporting, the compilation of greenhouse gas emissions inventories, the design, implementation and evaluation of energy efficiency policies and programs, and analysis and projection of energy demand.  Until 2013 he was also the Managing Director of a business which provided energy efficiency advisory and energy audit services to residential and small and medium business sector clients over a period of ten years.  This work included specialist services for low income households in financial hardship.

In 2006 he developed a methodology for tracking Australia’s energy sector emissions with a lag of only a few weeks.  This has now evolved into the quarterly CEDEX® and monthly CEDEX® Electricity Update Reports, which he continues to produce.  CEDEX® has become a widely read and respected source of authoritative advice on where Australia’s emissions are tracking and on developments in Australia’s National Electricity Market as they affect the changing patterns of supply and demand for electricity.

Current and recent consultancy projects include estimating the effect of increasing energy use efficiency on future demand for electricity and gas, for AEMO, projecting future demand for electricity, for the Department of the Environment, and preparation of the annual ACT emissions inventory and assessment of progress towards the Territory’s 100% renewable electricity target for the ACT Environment and Planning Directorate.  He was co- author of the report which recommended to the ACT government that the most cost effective way to achieve its ambitious statutory target of reducing the Territory’s emissions by 40%, relative to 1990, by 2020 would be to contract for 100% of this electricity to be supplied from renewable generators.  The ACT government has been widely and correctly commended for its great success in implementing this recommendation.

During the 1990s he was a member of the Board of the (then) ACT Electricity and Water Authority, and over the years he has served on many other government advisory bodies.  He is currently a member of the Board of the Climate Institute and of the Grattan Institute’s Energy Reference Group.  He is the author of a book on Australian energy policy and of numerous book chapters, scientific papers, monographs and articles on energy, technology and environmental policy.  He is also a regular commentator on energy and climate change policy issues in print and electronic media and often writes for The Conversation.

Hugh has been an associate and colleague of Philip Harrington for over two decades, and was a key member of his Carbon & Energy Team at pitt&sherry.

Phil is a building scientist and consultant with over 18 years’ experience in the construction industry.  Phil is also a licensed builder.

With an extensive background in the assessment of the commercial and residential building sector, Phil undertakes in-depth analysis of building stock and its energy use to assist in policy formation aimed at reducing Australia’s carbon footprint.  He is skilled in AccuRate modelling and building simulation.

Previously Phil worked in construction management and as a consultant overseeing the remediation and upgrade of multi-residential and commercial buildings in Sydney.

Phil worked with Philip Harrington as key member of the Carbon & Energy Team since 2009, and was a major contributor to that team’s output over the period to 2016.

Elena is a highly skilled economist with over 11 years’ experience working across a range of academic, industry, development agency and consultancy sectors. Throughout her career she has been involved in statistical analysis, forecasting, project management, planning and policy analysis in relation to energy sector and infrastructure in general.

Some of her recent projects include economic analysis to value the capital asset portfolio of Hydro Tasmania, smart grids and technology, and market analysis of options for integrating renewable energy into the Scottish Enterprise network.

Elena worked as an economic consultant for Hydro Tasmania to deliver the project assessing the financial and economic value of their capital asset portfolio. In her role as a Foresighting Senior Executive for Scottish Enterprise, she was involved in market and policy analysis as well as strategy development in a range of areas from smart grids to gas hydrates. Prior to that she worked for a number of years in power generation, and in the oil and gas sectors.

Elena worked with Philip Harrington since early 2014 in the Carbon & Energy Team  There she quickly established a reputation as a gifted modeller and data and policy analyst.  Her quantitative analysis skills contribute to SPR’s resolutely evidence-based approach to strategy, policy and research. 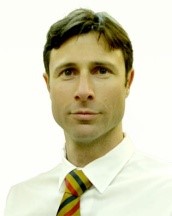 Mark is an experienced economist and policy analyst with a background working for the Australian Government, and more than six years experience in consulting.

He applies his economic analysis and policy development skills in energy, greenhouse gas reduction, transport, infrastructure and agriculture. His key skills are in the identification and analysis of drivers of improved performance – by businesses and industry sectors, particularly in the areas of energy, emissions and infrastructure use.

Mark has experience in energy efficiency regulations, energy management systems, and energy assessment and audit standards. He also has skills in the economic and strategic analysis of transport infrastructure projects, along with commercial experience in the agribusiness sector.

As a former Assistant Manager with the Australian Government Department of Resources, Energy and Tourism (Industrial Energy Efficiency Branch), Mark has an excellent understanding of government processes and is experienced in stakeholder engagement strategies and in managing government-industry relationships.  In recent years, he has developed a strong reputation for transport and infrastructure economics, and evidence based policy analysis.

Mark was a key member of Philip Harrington’s Carbon & Energy Team at pitt&sherry over the 2011 – 2016 period, contributing economic analysis, report writing and project management skills, and offering a key liaison point for clients.

Brett founded Meta Economics Consulting Group in 2010, building on a successful career in the public and privat 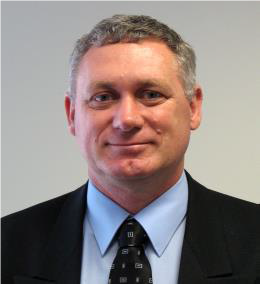 e sectors. He served the Australian government for 18 years as a professional economist and policy adviser, working in agencies including the Productivity Commission, Bureau of Industry Economics, Australian Greenhouse Office, Department of Finance and Commonwealth Treasury. He joined the Allen Consulting Group in 2004, and later became a Director of that company and leader of its Natural Resources & Environment practice

area. His career spans a wide range of issues and policy areas including environmental regulation, climate change, industry development and structural adjustment, natural resource management, energy efficiency, program design and regulatory analysis and the development and application of market-based approaches. He became Principal Economist with pitt&sherry in September 2012, and is still an Associate with that company.

Experience and career highlights include:

Brett worked with Philip Harrington at the Australia Greenhouse Office, and was a key member of the Carbon & Energy Team at pitt&sherry. 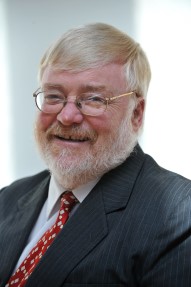 Dr Tony Marker is a scientist/economist with over 30 years’ experience in national and international energy policy and programs, and resource trade issues.  He is regarded as one of Australia’s foremost experts on building and appliance energy efficiency.

Tony spent four years as Counsellor, Minerals and Energy at the Australian Embassy in Tokyo), and is familiar with market issues related to emissions trading for a wide range of resource industries, and has developed key relationships with many potential emissions-intensive, trade-exposed industries. He is also familiar with NGGI processes and life cycle analysis necessary to identify emissions associated with mining and manufacturing processes. Over the last four years Tony has been involved in a wide range of climate change projects, with a particular focus on building energy efficiency.

As a foundation member of the Australian Greenhouse Office, Tony was responsible for national energy efficiency programs for products (domestic appliances and industrial equipment) and buildings. His responsibilities covered building energy efficiency and sustainability, including incorporation of energy efficiency and sustainability issues in the Building Code of Australia. He was directly responsible for managing the development of AccuRate, the second generation house energy modelling software under the Nationwide House Energy Rating Scheme, and for managing the development of nationally recognised best-practice information tools for the built environment (Your Home, Your Building) and training courses in partnership with industry. He formed effective working partnerships with State and Territory government agencies and relevant industry bodies, and contributed to policy debate on a wide range of climate change issues within the AGO.

Tony has worked with and for Philip Harrington for much of the time since the late 1990s, including at the AGO and in pitt&sherry’s Carbon & Energy Team.

BDA, 2004 –2010
• Custom-­design of buyers own brands for the Chinese market
• Sourcing wine, manufacturing, branded product and exporting to China WorldGroup